Check out our REBATE OFFERS running July 1, to July 31. We ship most units within 2 weeks of your order!

There are no reviews yet.

Keep the distance from the cylinder head the same for each probe. 2 to 4 inches is recommended. Closer will shorten the life of the probes. Farther (up to 5 3/4″ inches) is okay. Uniform spacing is important. Temperature differences of 100° per inch can be expected.

Do not mount probe in a slip-joint. If you must mount in a slip joint, drill the inner stack hole oversize(3/8″) so that vibration won’t shear the probe. Outer stack hole: 1/8″. Probes sheared by slip-joints are NOT covered by waranty.

What you are looking at is best described as “quality engineering.” J.P.Instruments’ fast response probes offer speed and accuracy that is unmatched in the industry. The chart represents an independent and scientific study conducted by
General Aviation Modifications Inc (GAMI) on 7/02/01.
The above curves were generated by GAMI, on a 6 cylinder 10-540 engine. Brand new probes were placed on each cylinder, 3 inches from the exhaust flange. The distinction shown here is the performance of “grounded” and “ungrounded” probes. It is clear that the ungrounded (insolated) probes are slow to responsed to all temperature changes. It is also worth noting that ungrounded probes, starting at the same point in time as the grounded probes,
never achieved true temperatures. The ungrounded, insolated probes were 3/16″ in diameter, supplied by Electronic Int. and the grounded probes, were 1/16″ diameter supplied by JPI. At the cherry red temperatures of 1600 °F, the larger diameter probe has more surface area and so radiates more energy away, losing temperature at a rate of Temperature to the 4th power. This is one more reason JPI has thin probes and not massive sluggish probes.
When comparing probes, there has been various theories put forth, regarding “probe response time.” Thermo Electric co. a leading manufacturer of high response thermocouples states; response time is “The amount of time necessary for a temperature change to be detected and indicated by the sensor”*. There are two primary thermocouple types, Grounded Junction (used by JPI, Alcor, and Insight) and ungrounded, insolated, Junction (used by Ed.). “Some of the typical response times encountered are as follows: Ungrounded (insolated) 4.5 sec and Grounded 1.7 sec, while using a1/4 inch O.D. Sheath.”* This is important especially during leaning. Only a fast response probe will properly identify the peak.
A slower responding probe will identify “peak” too late or not at all, which will cause the cylinder to run far too lean…with detonation and engine damage a possibility. Temperature information processed by the EDM is captured by fast response, JPI temperature probes, that accurately measure the small temperature changes, (see above) that occur during mixture adjustment. Slower responding, ungrounded probes do not see the temperature change because the change is averaged due to their slow response.
Do not confuse Accuracy and Resolution. Reading in one degree
increments, does not guarantee the instrument is accurate to one degree. JPI displays in one degree increments and is also accurate (proven byTSO) to + one degree. Other brands want you to think because they read in one degree increments they are accurate to one degree. This is false, and in most cases they are only accurate to +10 degrees.
In an attempt to make their probes last longer, some companies have increased their probes mass, or diameter, which by its design, sacrifices accuracy. You will note from the curves above, the Electronic Int. probes never achieve the true temperature. So when the turbine limit is 1650 °F and you set 1650 °F using an El probe, is the turbine over temperature? JPI’s grounded probes are manufactured using a space-age material, Hastaloy-X, that can withstand the harsh sulfur
atmosphere of high temperature exhaust gas, and uses them in all its gauges, including the legendary EDM-700. So, now you can see, that if accuracy and response are key factors in making your decision, J.P. Instruments is the only way to fly!
Since this test was conducted, El has introduced a bad copy of the JPI EGT Probe, still ungrounded. They offer it at a $10 premium and do not recommend its usage, plus JPI still has a quicker response probe. JPI has only one EGT probe, the best.
*”Temperature Measurement Designer’s Guide” page K-88, Thermo Electric co.

There are no reviews yet. 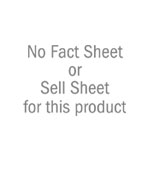